epiccuriSeptember 18, 2013April 11, 2014 Backpacking, Travel No Comments
The Icelandic Phallological Museum is really one of those sites that you need to see, whether or not you happen to be a rabid fan of penis.  It’s located on one of the main streets in Reykjavik and is home to hundreds of penises of all shapes, sizes, and species. You’ll find tiny penises, giant penises, curly penises, and straight penises. 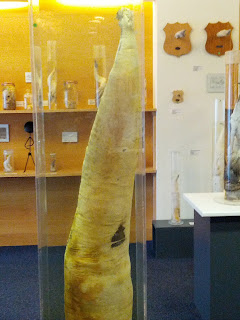 A portion of a whale’s penis.

The story of how it came about is about as interesting as anything in it’s collection.  Apparently, the founder had a cattle whip as a young boy that was made out of a bull’s penis.  As he got older, a friend of his heard about the penis whip and decided “Hey, I know what I’ll get my friend Sigour for a gift: penises!”.  So, he gave his friend a few penises.  Word then spread that Sigour really liked receiving penises, so all his other friends and acquaintances that worked on farms or on whalers began sending animal penises to him. 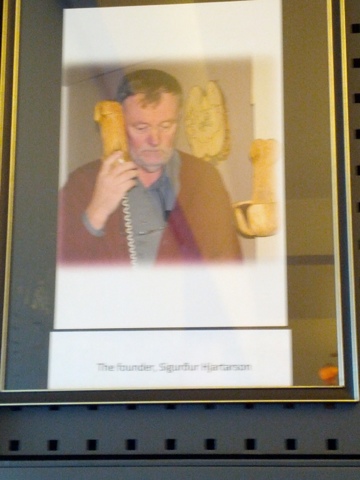 Eventually, Sigour’s collection accounted for hundreds of animal penises, and had even spread to include kitchen implements and other everyday appliances that resembled penises.  Things like a penis phone, penis spoons, penis forks, and others.  It even ventures into the mythological: you can find troll penises, elf penises, and ghost penises (they’re all invisible). 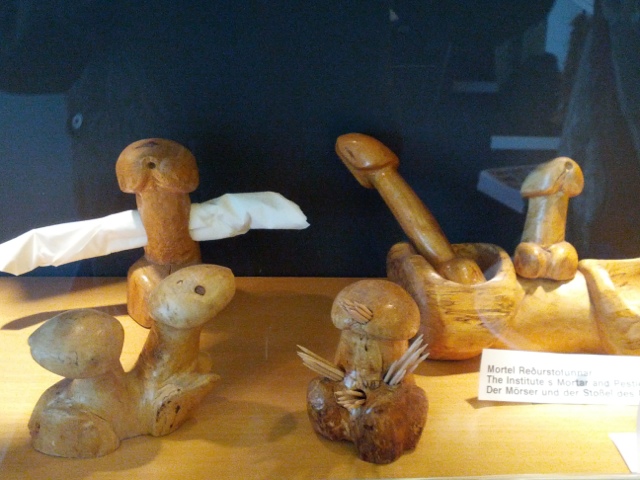 I don’t even know…

The most interesting exhibit involves the human penis.  Now, there has been a donation made posthumously by a very old Icelandic gentleman, but the most odd by far is the “Elmo” exhibit.  Apparently, there’s a future donor in the US who believes that his member is a separate entity from him.  His member is named “Elmo” and, this man believes that “Elmo” is fated to become the most famous penis in the world.  While he hasn’t donated Elmo yet, he has sent along a letter of intended donation, along with pictures of Elmo dressed up as Santa Claus and Abraham Lincoln. 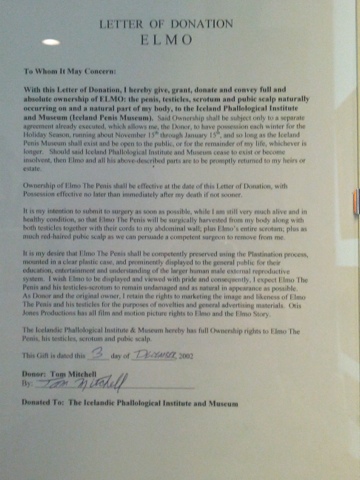 In the third paragraph, he states his intent to have Elmo removed while he is still alive.  You read that right.

Iceland is an interesting place.