Whatever you call them – whether it’s Farmers Markets, Fresh Food Markets, Weekly Markets –  these places represent a fantastic way for a traveler to get insight into the local culture, as well as experience some delicious food (and pick up some great keepsakes or gifts to send back home, if you’re so inclined).  If you’re backpacking on a budget, I’d definitely recommend checking out whatever local markets you can, as they are great ways to score some high quality food at a decent price – or a way to get some free grub, if you’re good at landing samples.  Whenever I travel, I make every effort to get out to these not only for the food and the gifts, but the great people-watching opportunities they present as well.  I’ve put together below my list of the top ten Food Markets in the world. 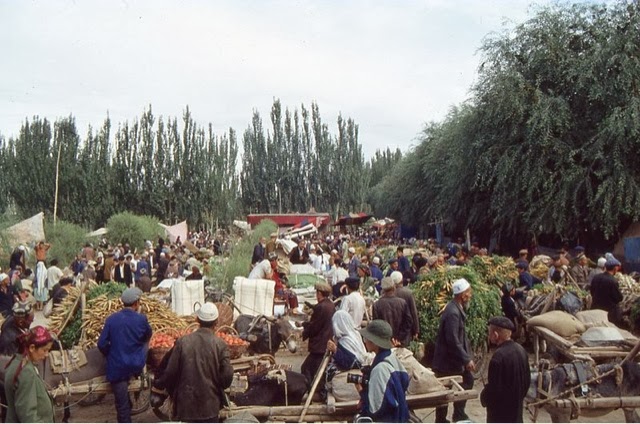 One of the most isolated towns on earth, bordered on three sides by mountain ranges and on the other by a desert, Kashgar was once a major nexus on the Silk Road and the place where empires came to trade.  Though it’s no longer one of the centers of Silk Road trade, it still is one of the largest and best Sunday markets in the world, and one of the only trading centers in a surrounding area that’s the size of Western Europe.  At it, you’ll find exotic and sometimes unidentifiable goods in a bustling and primitive marketplace. 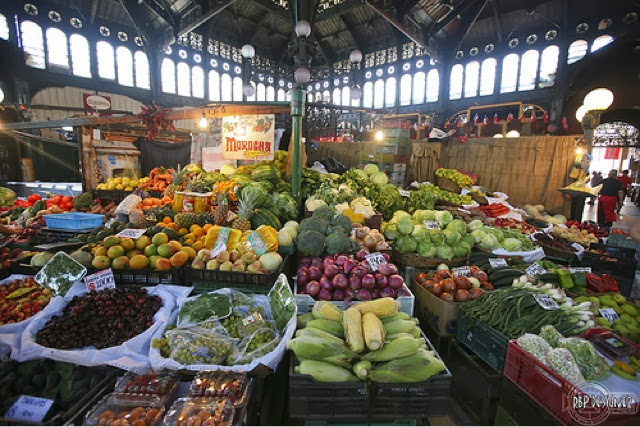 Opened in 1872 in an iron building, it is the central market of Santiago and a place where one can find all the bounty of Chile – a huge variety of produce and a wide array of seafood harvested from Chiles thousands of miles of coastline. For those interested in South American cuisine (or just quality seafood in general) this place is a Mecca. 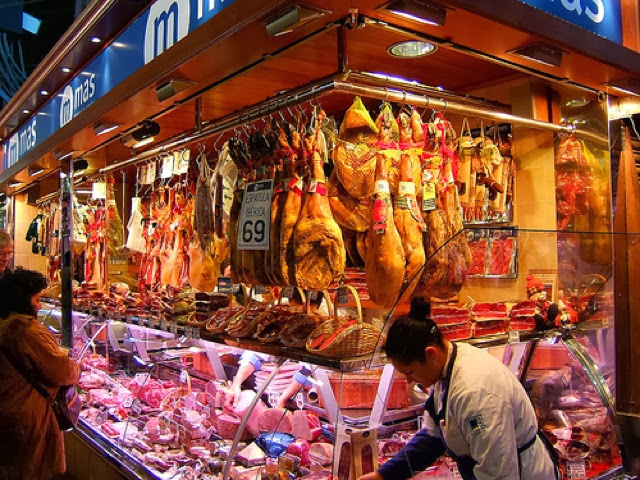 With a history as a trading and market place dating back to the thirteenth century, and a permanent home that was completed on the former grounds of a convent in the mid 1800’s, La Boqueria is the host to the bounty of Spain and one of the top food markets in the world.  Aside from the wonderful variety of Spanish cheeses, produce, seafood, and amazing cured ham, other things to check out include Pinotxo and Kiosko Universal. 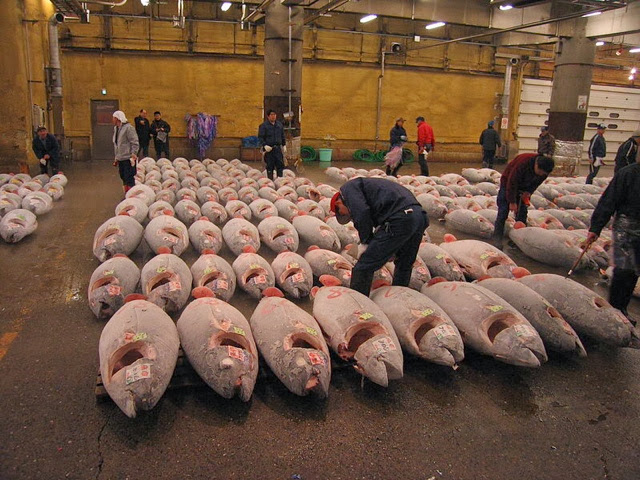 Though it isn’t geared for individuals, and instead caters to merchants and restauranteurs, the Tsukiji Fish Market is a destination any traveller who finds themselves in Tokyo should be open to checking out.  With thousands of varieties of fish for sale, and tons upon tons of fish sold each day, the Tsukiji fish market is the nexus of the global fish trade.  Any traveller or backpacker wanting to watch serious wealth change hands over fish (and willing to get there at 5 am), should check out the Tuna auctions that take place there each day. 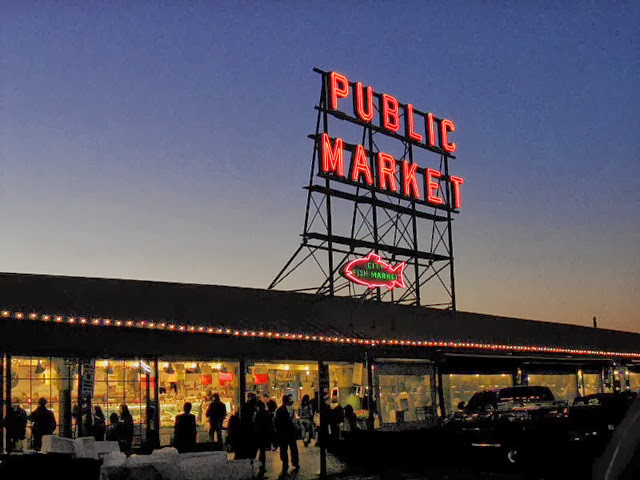 One of the oldest and largest continuously operating farmers markets in the United States, it is an attraction for tourists and locals alike.  Having been founded in 1907, and home to numerous local vendors, it is a fantastic source for fresh seafood, produce, meats, and cheeses.  The sign itself is an icon, and has made appearances in numerous television shows and movies.  Some highlights for travelers to check out include: the flying fish, the local wine shops, the high quality restaurants, and De Laurenti’s Italian market. 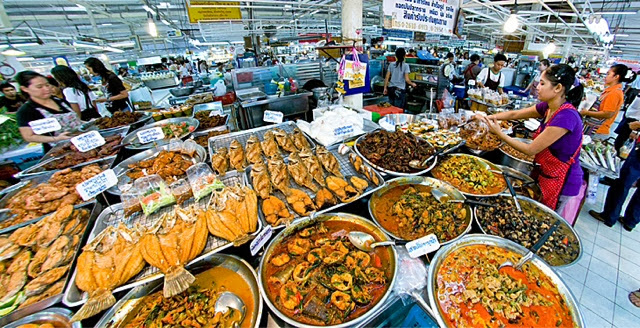 One of the top fresh markets in Thailand and the world, the Or Tor Kor market is a gem that any traveler in the neighborhood should check out.  You’ll find a plethora of exotic Thai produce, meats, seafood, as well as other more standard fare.  There is a food court selling some great food (not to mention the vendors with bubbling vats of curries and soups, grilled meats).  As well, you’ll find nearby the Chatuchak Market. 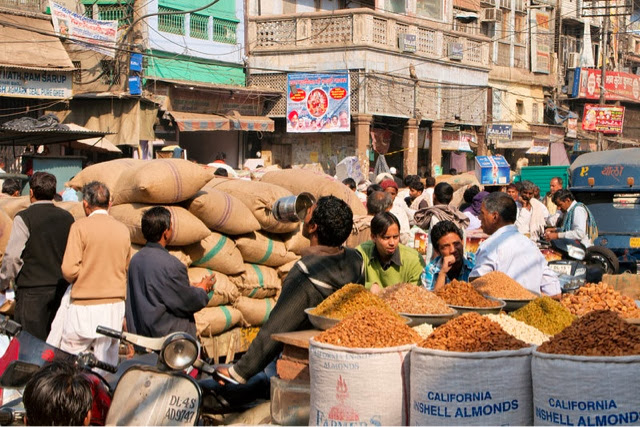 One of the oldest and busiest markets in Delhi, the Chandni Chowk traces its roots to the 17th century and the reign of Shah Jahan. You’ll find wholesalers of all types of goods, and it is very much the bustling, crowded, Inidan market one would expect.  With spice merchants (found at Khari Baoli), jewelry and attar (found at Dariba Kalan and Gulab Singh Johri Mal), cloth (at Katra Neel) and even electrical goods (at Bhagirath Palace, one of Asia’s largest electrical markets).  One could spend days fighting the crowds at Chandni Chowk to explore every nook and cranny at this mammoth market. 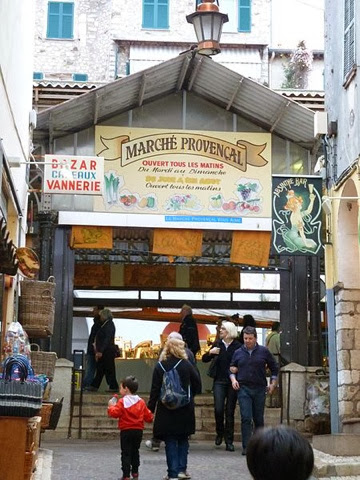 The covered market of Antibes, a beautiful city on the French Riviera, it is a great setting for a relaxed vacation and certainly a less hustle-and-bustle travel destination than some of the other markets on this list.  The market is close to the harbour, and home to everything one would expect to find at a french market: amazing cheeses, herbs, flowers, delicious bread, produce, olives, and specialty meats and delicacies like foie gras.  If you’re traveling through the area, and looking to slow the pace a little, check out this beautiful market set inside the untouched old town of Antibes. 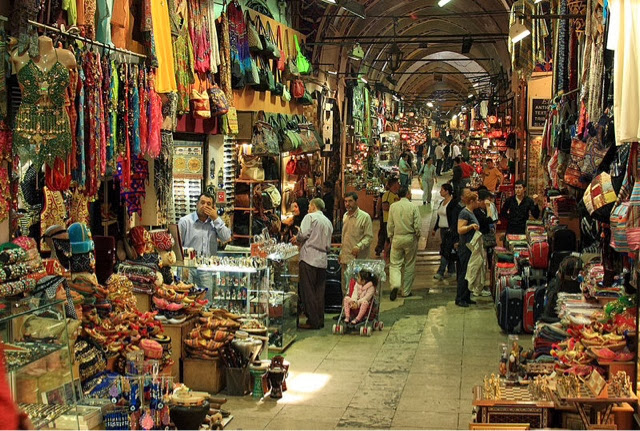 Also known as the Kapalicarsi, it is every bit a grand Ottoman imperial market.  With more than 3,000 shops, spread out amongst 61 covered streets, the Grand Bazaar plays host to 250,000 – 400,000 visitors per day.  Though many smaller, inexpensive local vendors have been pushed out by those catering to tourists and selling more upscale items like carpets and jewelry, if you are looking for that grand Oriental Market experience, check it out.  Yes, you’ll face some very pushy vendors, but you just might find it worth it to stroll the halls of a grand market that’s more than half a millenia old. 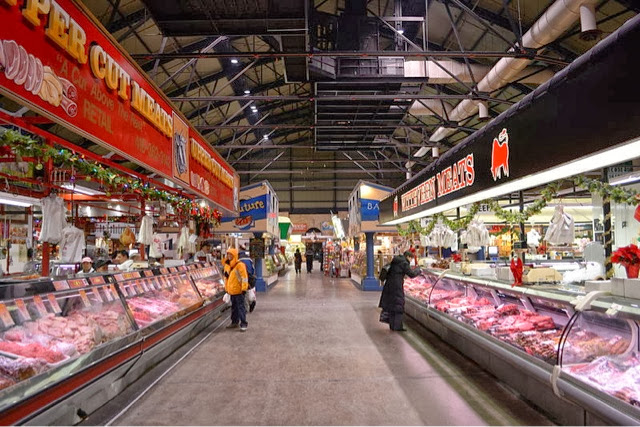 One of two major food markets in Toronto (with the other being Kensington Market), the St. Lawrence Market was voted #1 food market in the world by National Geographic in 2012.  Toronto is known world-wide for it’s quality cuisine, and any traveler in the area would do well to check it out.  The market is divided into two sections, with the northern half hosting weekly farmers markets and antique shops, while the southern half host restaurants, the Market Gallery (dedicated to exhibits on history, art, and culture), along with a number of delis, bakeries, and butchers shops.

One thought on “Top Ten Food Markets in the World”