Beer is a wonderful, comforting thing.  As a homebrewer, whenever I am experimenting with a new recipe or ingredient, I’m left with the knowledge that if I don’t hit the flavor or profile I’m aiming for, at least what I’m left with is still beer (and so, still drinkable and magic).  But beer – though it is proof that God wants us to be happy – is not without it’s strange and torrid past.  People have put some unusual things into beer, and used brewing techniques that have really stretched the definition of what beer is.  Yes, people might feel that today’s modern brewer is really expanding and stretching the definition of beer, but, if you look back, you’ll see that brewers throughout the ages have been doing some very interesting things.  Without further ado, here are some of the strangest styles to arise in the history of beer. 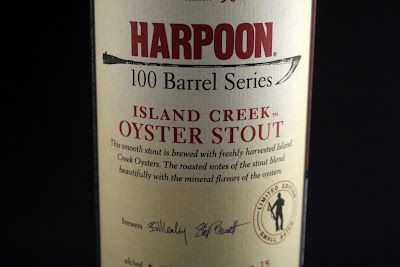 This is the least unusual of the beers on the list, as oysters and stouts have a long history together in pubs dating back at least to Victorian England.  And to be honest, the maltiness does go great with briny oysters, but, as we brewers proudly tend to do, things had to be taken to the next level.  First, some brewer in the late 1800’s discovered that the calcium carbonate in the shells helped clarify the beer if you poured the fished product over them.  And that’s all well and good, because clarifying your beer leads to some cosmetic improvements.  But then, someone decided “Hey, why don’t we just throw some whole oysters in to this brew and really kick things up a notch?”  And, in New Zealand in 1929, they did.  And those little bivalve molluscs didn’t make too bad of an addition.  In most cases, they’re not that detectable, and contribute a decent briny and marine essence to the stout.  This is a style you can still find available today, with more than 50 different brews reviewed on BeerAdvocate. It’s worth checking out. 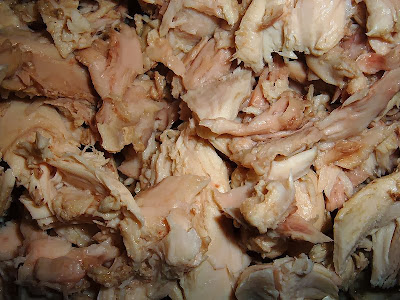 What a perfect addition to your beer!  And while we’re at it, lets add some raisins  and spices!

Now it’s time to get weird.  Really weird.  As in, “why would you do that?” weird.  Cock ale harkens back to 17th century England and consists of a two part brewing process.  For part one, you prepare a typical English ale and let it begin fermentation.  For part two: you clean and gut a chicken, parboil it, mash it to bits, put it in a sack with raisins, cloves, and mace, and put that sack in with the fermenting ale.  Let that marinate for a couple weeks before bottling it and allowing to rest and condition for a few months.

The output is supposed to be, per the original 1600’s recipe, a “very fine ale”, and one that was said to be the preference of King William III.  And if given the chance, I’d try it.  Though I don’t know if I could actually bring myself to brew it; something about fermenting a roasted chicken in a sack of raisins just seems inherently wrong.

Sure, let your beer fester and mold for a year.  It’ll be great!

Coming from Gdansk (also known as Danzig), this is a funky, heavy, behemoth of a beer. And the more I dive into it, the more it sounds like it was something that was created on a dare.  It’s made from an insane amount of malt, very little hops, and goes through one of the longest boils imaginable.  Essentially, after putting a boatload of malt through an infusion mash, the brewer commences a boil that lasts up to 19-20 hours and results in a saccharine liquor that comes out around 50 degrees Plato (essentially 50% sugars).  That syrup is then spontaneously fermented in moldy cellars for months on end, where it develops a healthy moldy coat of its own.  After about 3 months, the brew is filtered from the mold (though it can be left to ferment for up to an additional year), and then sent off for sale.  Though this high-gravity beer was brewed in Pomerania, it was most popular in England.  It was used as a fortifier, a beer seasoning syrup, and a restorative tonic.

Still alive and kicking, though very much changed over the years.

Mumme is a cousin to Danziger Joppenbier, though a fair bit older, originating in Brunswick in the 14th century.  Mumme was also ridiculously thick, and of a high alcohol content, and became a popular drink amongst sailors as the high alcohol content helped it keep for long sea voyages.  However, unlike Joppenbier, Mumme had it’s fair share of interesting ingredients (unless you’re counting cellar mold) and became almost a sort of medicinal tonic beer.  Amongst those herbs and other things that found their way into mumme were: spruce bark, spruce tips, birch buds, sunflower seeds, thyme, juniper berries, marjoram, benthonic, cardomom, bay leaves, and various other spices.  After adding all the herbs and spices to the wort, most recipes then called for 10 eggs to be added and the brew to then be aged for a period of up to two years.  After aging, the beer was usually topped off with parsley, black burgundy, and fresh horseradish.

For centuries, Braunschweiger Mumme was the alcoholic beverage of choice for many Hanseatic sailors, and all the additives were helpful in combating scurvy.  However in the late 1700’s, Braunschweiger Mumme became a non-alcoholic beverage.  It evolved into a malt-tonic, with numerous health benefits ascribed to the plethora of herbs and spices added to it.  Later, and in it’s current form, Mumme survives as a malty sweet food additive, and is really only made by the H. Nettelback brewery in Brunswick.

Devon White Ale is a naturally-fermented ale that was drunk when it was remarkably fresh and made from ingredients readily available to commoners.  Most recipes that I’ve found for Devon White Ale call for a wort made from very light malt, often un-hopped (or at most very lightly hopped), that is then mixed with a blend of flour, eggs, and grout (which, while it is not specifically known what “grout” was, it’s theorized it was kind of slurry of spontaneously fermented wort and spices).  This mixture typically started fermenting within hours, and the frothy brew was drunk from steens as it was still fermenting.  The heartiness of the mixture (honestly, with flour, eggs, and yeast, it could almost be liquid bread) was often attributed healthful and tonic-like qualities.

This beer was quite popular throughout most of Cornwall, and as it remained popular up until the 1860’s amongst the Cornish people, it was one of the last holdouts in a tradition of lightly-hopped (or un-hopped), naturally fermented, English beers.

As you can see, people have been pushing the boundaries of what defines beer for a very, very long time.  To any of my readers that brew: have you made any of these styles?  And to everyone: what is the strangest beer (or any beverage) that you’ve tried?